However, this problem comes from the facts that the population is growing rapidly in South Africa and large numbers of the population consists of the working-age people. Moreover, the majority of them have very low skills and educational achievements, which sparks another challenge - poor quality employment.

And even though matric certificate does not secure someone a job, as the tertiary education always has a priority in the growing economy, South Africa is also the country that offers vacancies for semi-skilled workers. Sales, in particular, is a sector that is prosperous and favourable to the job-seekers, since it delivers a space for learning and improving your skills. 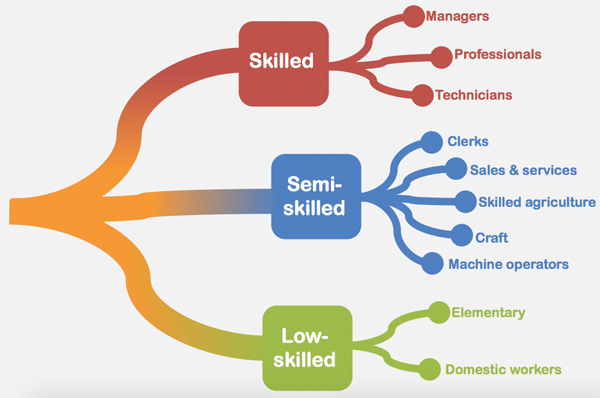 Perhaps not every single semi-skilled worker will be able to find a job in a company that deals with insurance services or financial sales, but there are other opportunities that exist for people, who are self-motivated, passionate, communicative and willing to learn.

Of course, one can always chose to work in a retail shop and seek a career there, however direct sales grant job-seekers with broader possibilities. Direct selling is a sales method where the companies distribute services and goods through direct sellers directly to clients in a face to face manner. Direct sellers, often addressed as sales agents or representatives, sell products and services outside the company or any fixed location. Direct selling provides an opportunity to reach out to more people and deliver the product to the specific places.

Although the duties of a direct seller vary based on the company they work for, the one thing is quite clear – this sort of job gives employee an opportunity to earn fairly, since the worker is usually the one who is responsible for their income and success. They have a chance to establish new relationships, create their own customer base, which opens up even more future possibilities, because in this kind of job it is important to be able to communicate and pursue – to have a convincing character that most of the time outweighs any high qualifications.

The Direct Selling Association of South Africa (DSASA) represents 36 direct selling companies and according to the chairman of the association, direct selling contributes to the South Africa’s economy greatly, especially now when the country lacks job offers. It lets people be more financially independent and create a wealthy life for themselves.

Direct sales truly caught on in South Africa, as the number of direct selling companies is increasing. There are no boundaries when it comes to direct sales - direct sellers offer any product and service you can imagine, which means the sector is versatile and full of potential.

If you are confident and have what it takes to settle in this engaging and fast moving sector, go on and look for a job in sales.