Levels of education in Johannesburg

Levels of education in Johannesburg

For the purpose of making it more clear how developed South Africa is in terms of education and school environment compared to other African countries, it is worth taking a look at a regional education survey carried out by UNESCO Institute for Statistics in 2016. It shows the majority of primary schools in Africa still not having the access to electricity, while in South Africa only 5% of schools do not have electricity. And that is just one of the many aspects in which South Africa has shown more improvement than most of the countries of the continent. 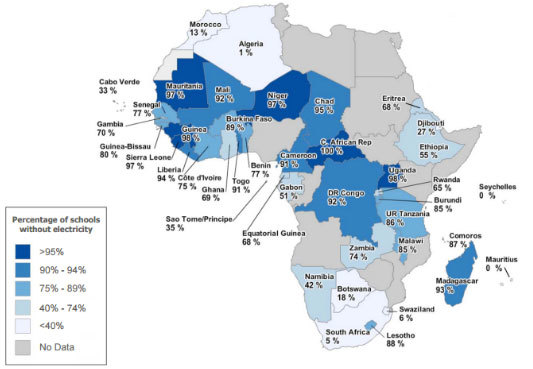 No matter how advanced South Africa is getting, level of education is still a field that requires attention. In general, public schools here depend entirely on the government for funding and supplies, so they usually lack financing, experience a high student per teacher ratio, tend to have very small crowded premises and teachers usually face quite challenging circumstances, while students there usually come from different educational and cultural backgrounds which leads to children receiving low standards of education.

”The majority of primary schools in Africa still not having the access to electricity, while in South Africa only 5% of schools do not have electricity”.

Yet, if there is any city in South Africa that stands out, it must be Johannesburg. Gauteng province, on the whole, as calculated by the Department of Basic Education, had the largest proportion of learners, teachers and schools in the independent schools (private schools) in 2014.

Even though private education is much more expensive than public education, it offers exceptional standards. Such schools have wider and more complex academic curriculum, smaller classes that allow individual teaching, better access to books, computers and supplies and further additional aspects all of which help to bring up skilled and educated students who contribute to the country’s economy in the future.

So, Johannesburg is not only the financial and economical centre of the country, but also can take pride in having a well-developed education system. Besides, there is a variety of universities in Johannesburg that seek to pursue highest academic standards. More than that, Johannesburg is also welcome to individuals seeking training in teaching as there are plenty of teacher-training centres that train qualified and professional educators.

It’s clear that if you are looking for a teaching job, you should go and find a job in Johannesburg or finally acquire the needed training here!